This (probably German) willow basket was not registered in the museum collections. It was found in pieces inside a bag in a box. As can sometimes happen, it's very likely that this basket fell off a shelf and got crushed by the moving shelving units.

I chose this project as a restoration project in order to increase the value of the object and prevent continued deterioration. 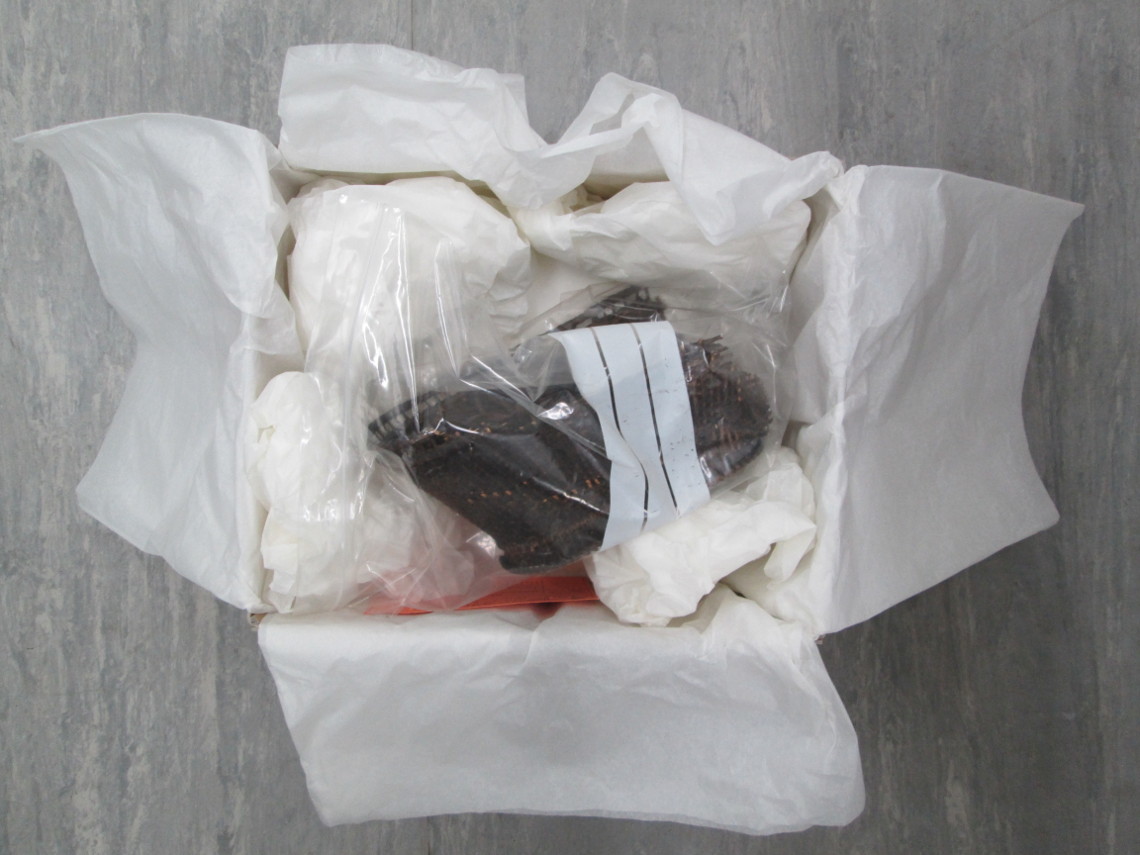 Photo of broken basket as it was found in storage.

The basket was broken in various small pieces which had to be reviewed individually to try to fit them together. 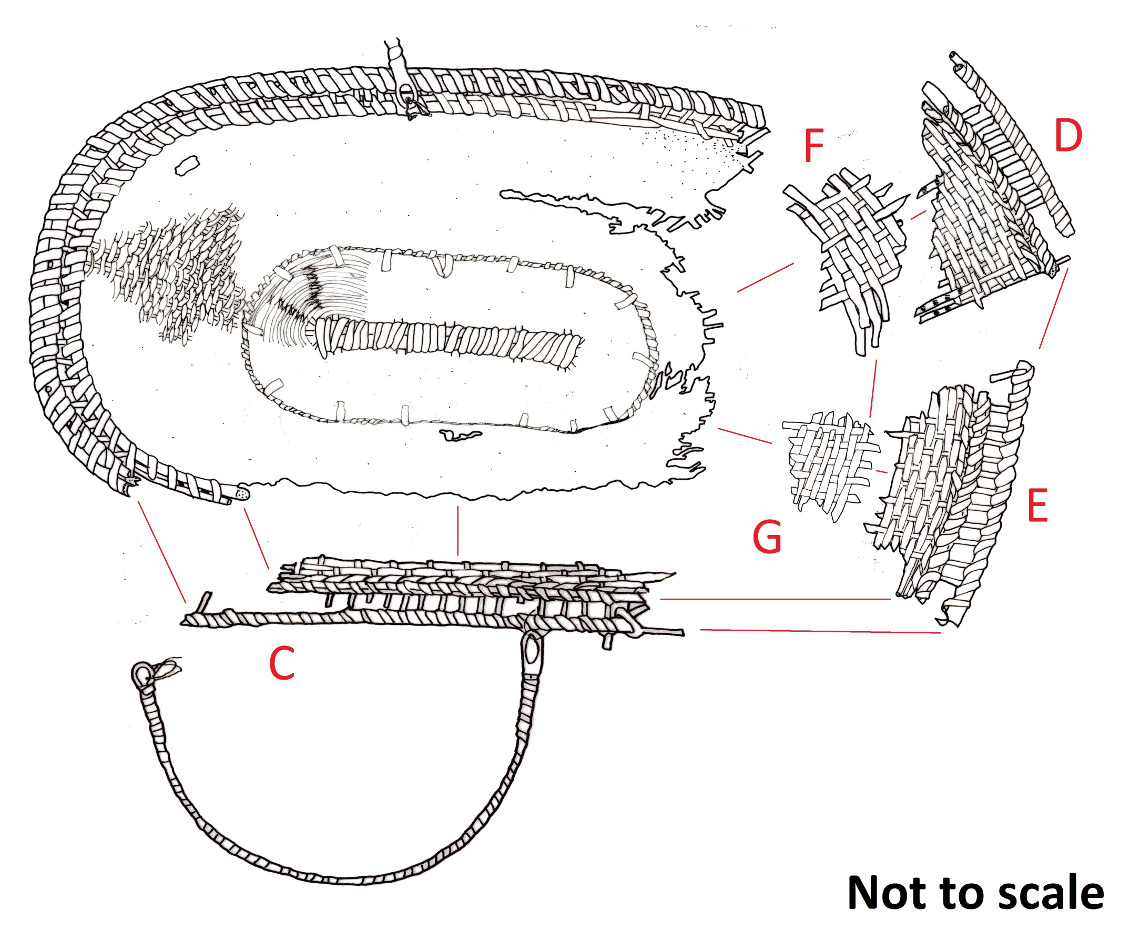 Technical drawing reconstruction of the basket before conservation.

Since it would be necessary to reconstruct parts of the basket in order to return some structural stability to the item once the small pieces were put together, it was important to carry out investigations not only on the basket's possible background, dating, original use and meaning, but also on the construction techniques and materials used to build it. 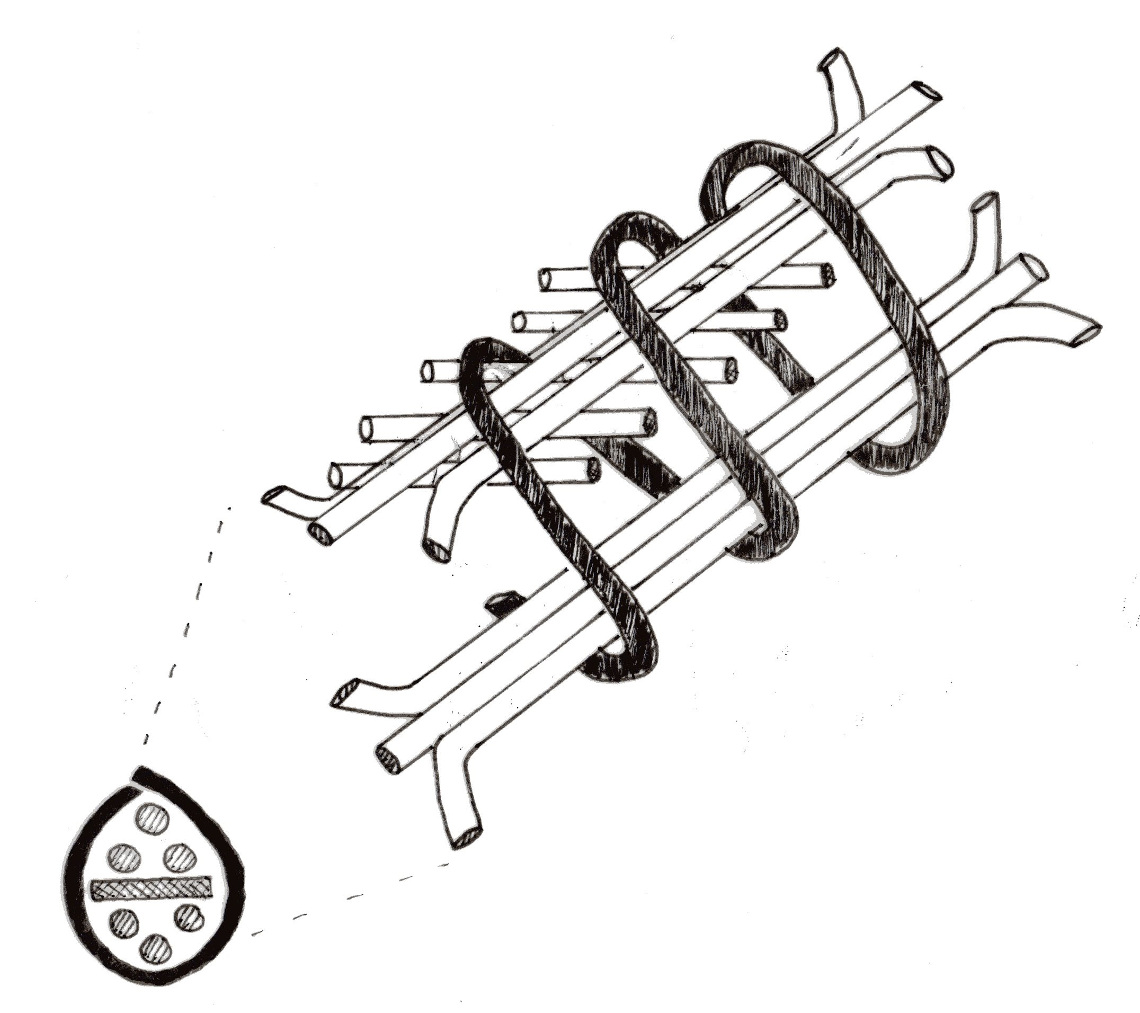 Technical drawing of basket base construction. 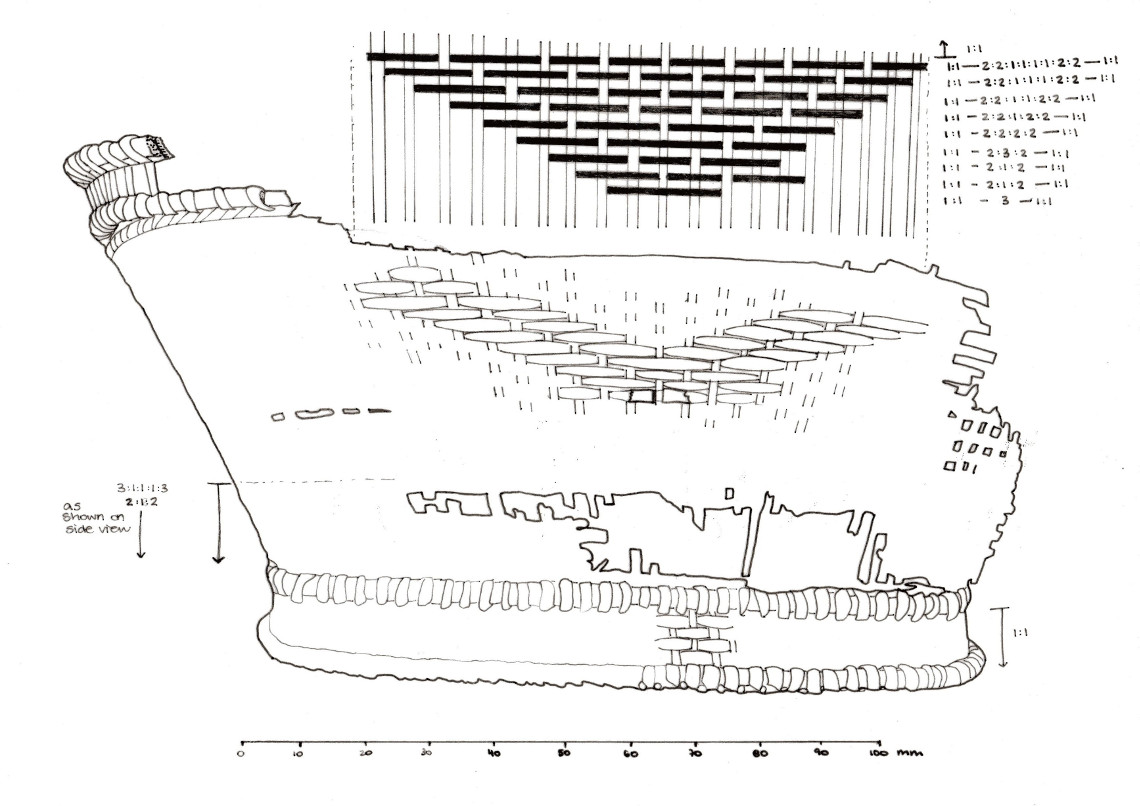 "[Maintenance] is essential to the 'lifetime' of the work of art and alone has permitted the survival of so many objects that have thus come down to us. That action, precisely because it is an act of intentional maintenance and conservation, 'must' occur if we do not want the passage of time to reduce the already worn object to an arbitrary reality worse than any forgery." (Baldini, 1996:355) 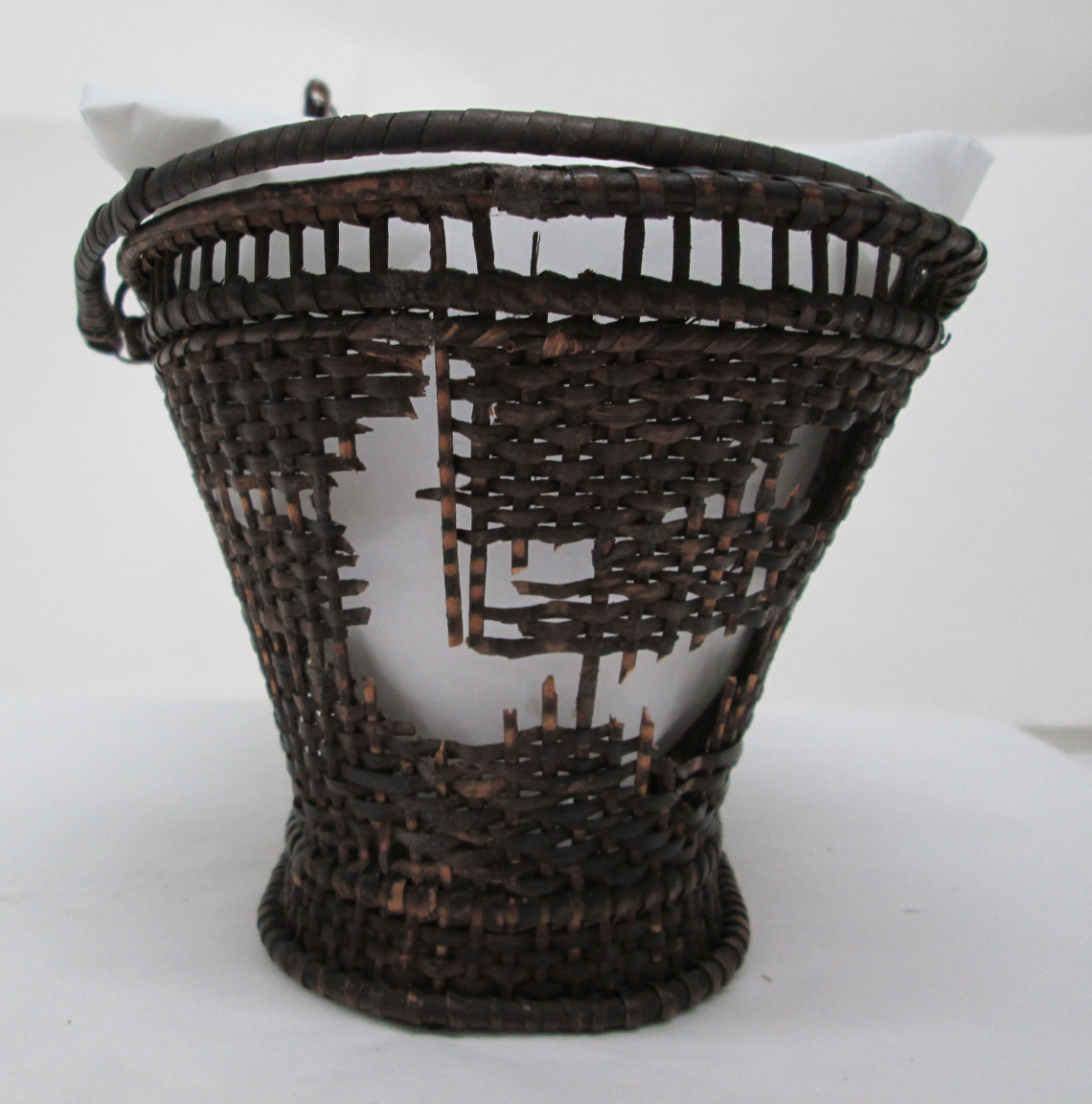 Several adhesives were reviewed for strength, flexibility and tack. Original pieces were put together. 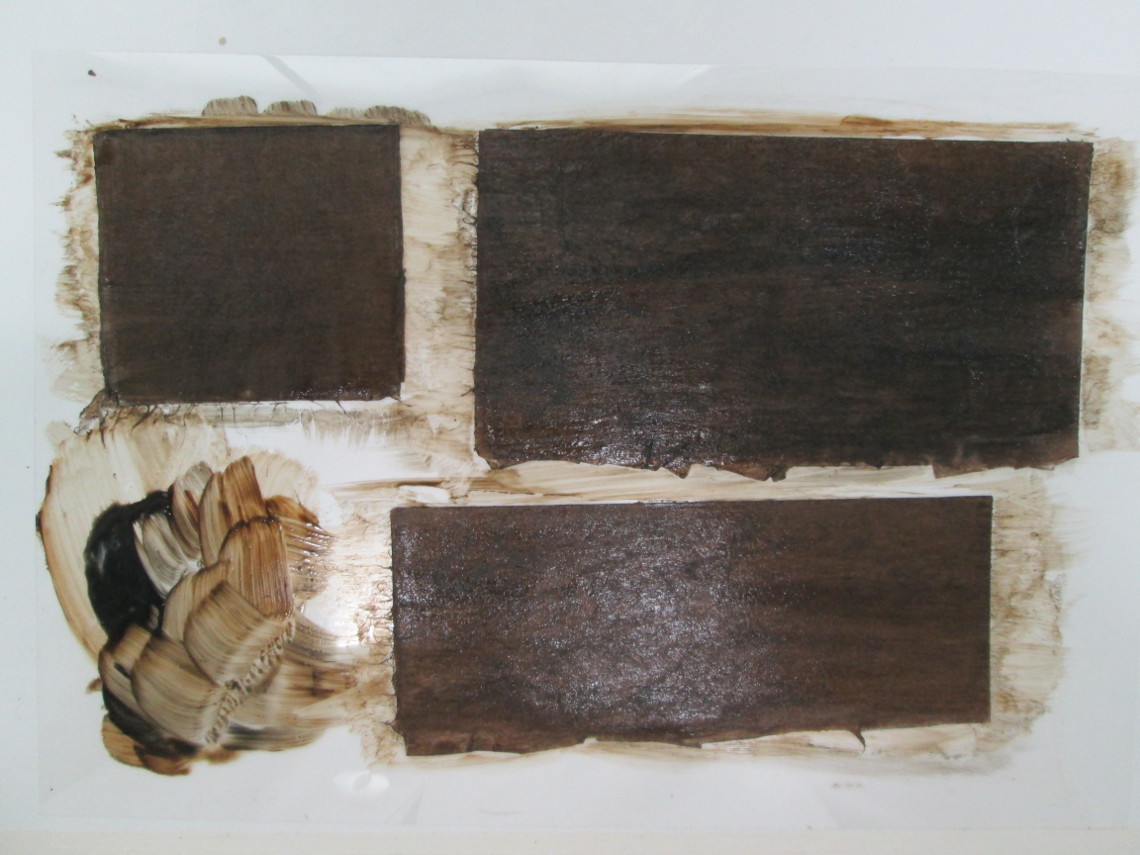 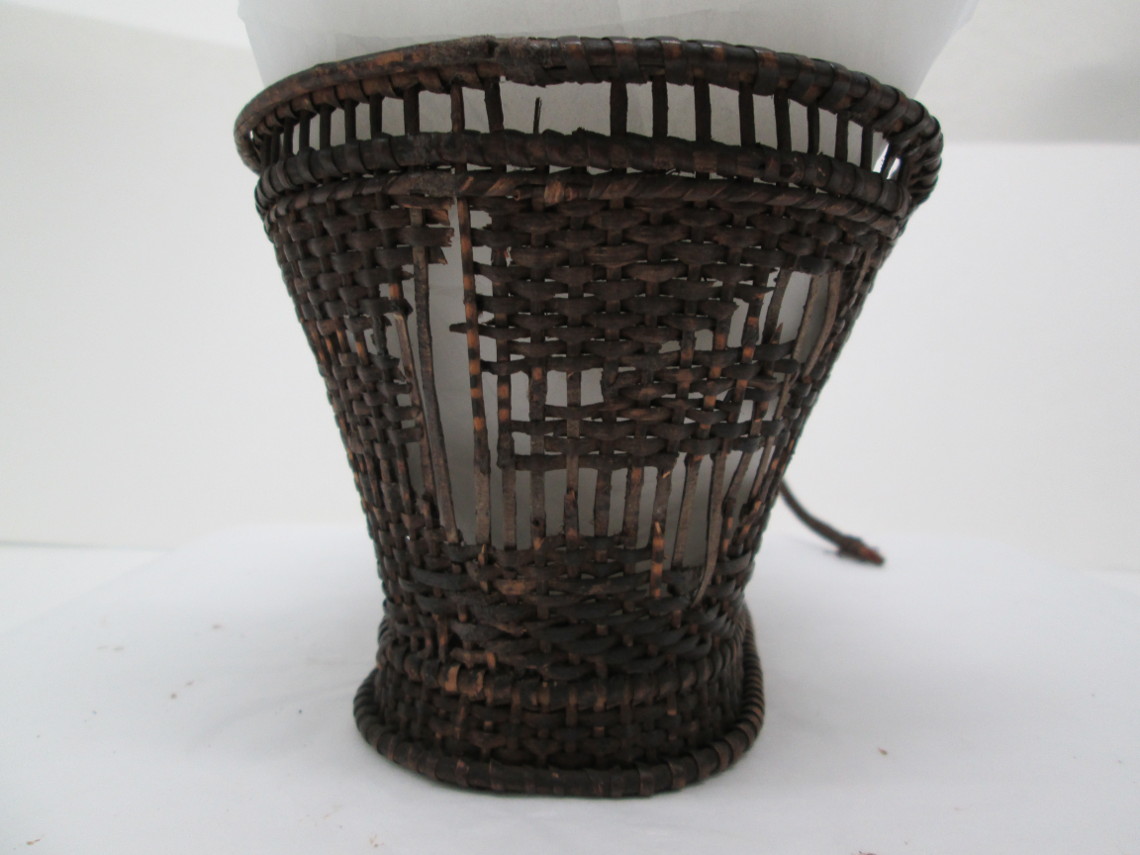 Basket after putting in new stakes. 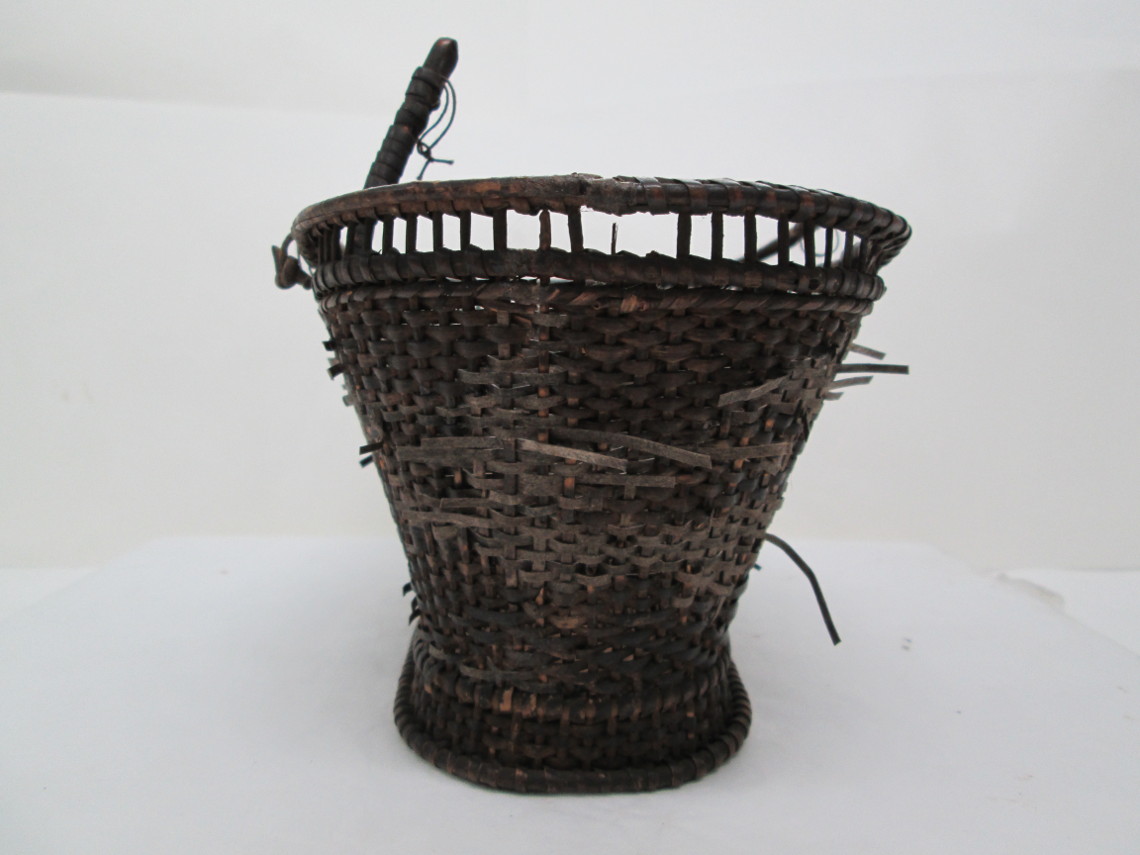 Weaving in new strands. The extra length in strands was later trimmed and tucked. 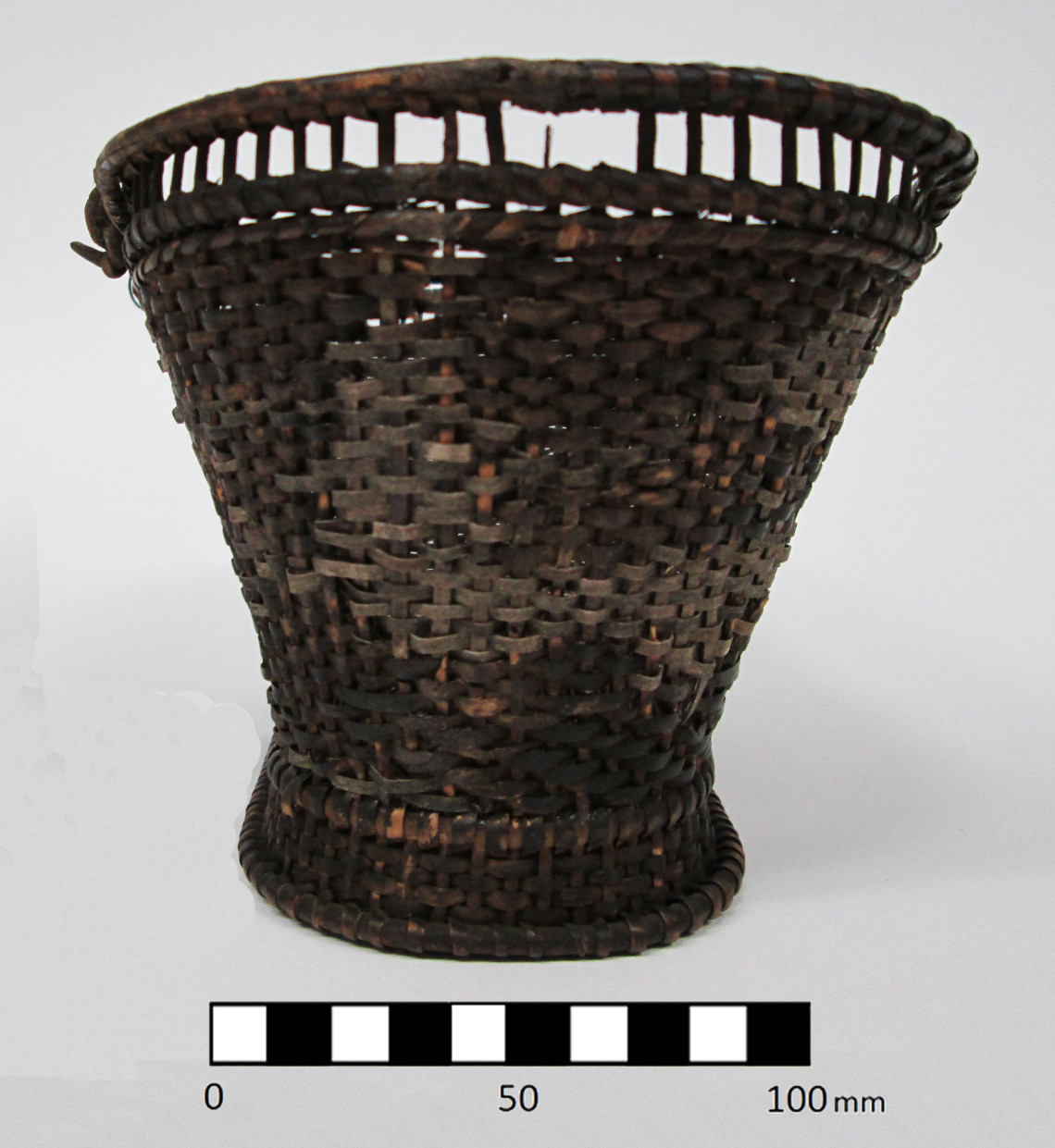 Basket side after conservation. Note that the new, added strands are purposefully easily distinguished from the original material. 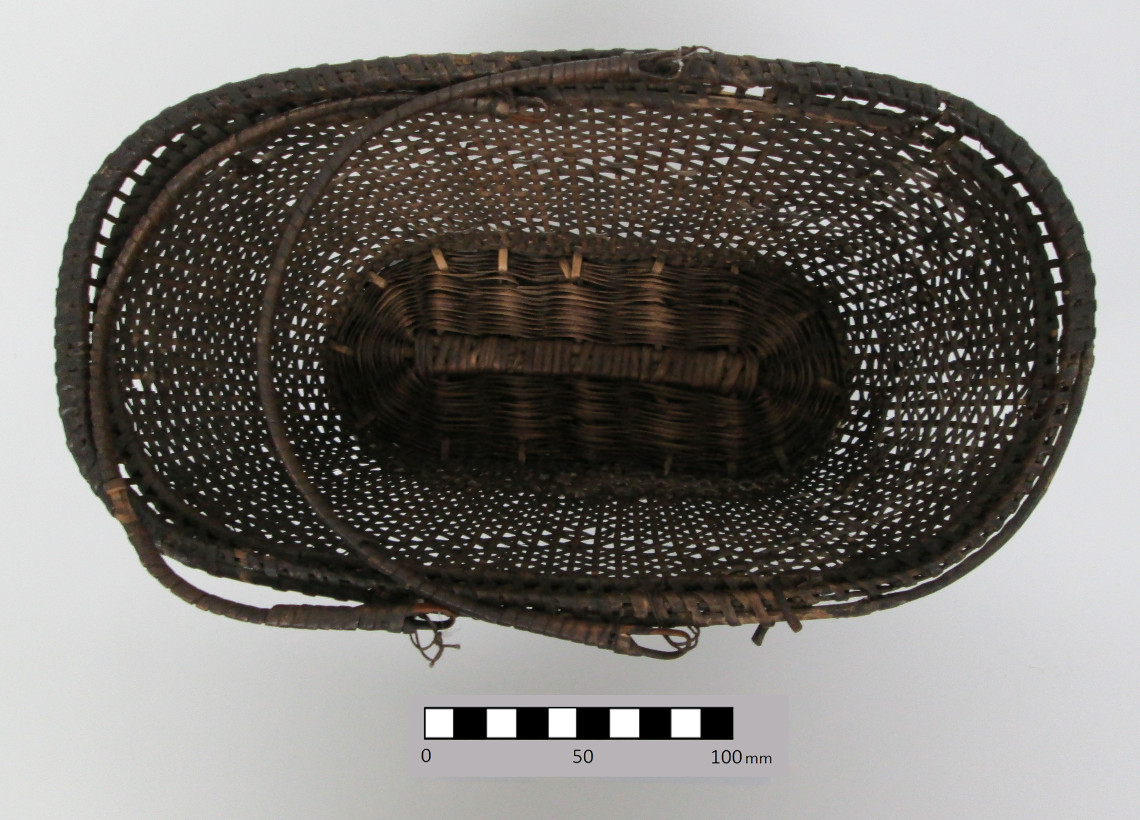 Top view of the basket after conservation. 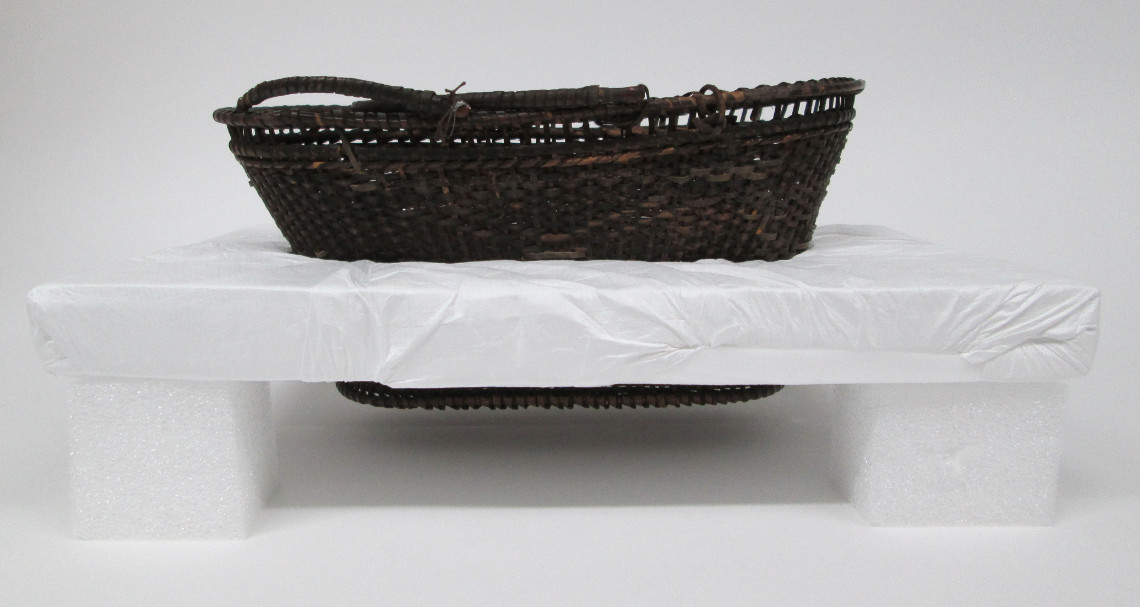 A special base was created to protect the frail frame from physical damage by allowing it to "float" and avoid forcing it to hold its own weight at the base.

BALDINI, U. (1978) “Theory of restoration and methodological unity” In: PRICE, N. TALLEY, M. and MELUCCO-VACCARO, A. (1996). Historical and philosophical issues in the conservation of cultural heritage. 1st ed. Los Angeles: The Getty Conservation Institute, pp.355-357

This conservation process was carried out in 2013-2014 with the generous guidance of the staff at the Horniman Museum and Gardens, in London. I would also like to thank Verena Kotonski (British Museum) and Joanna Holt-Farndale for their invaluable guidance during this project.